Recently there have been many headlines in the news about the returning of Bruce’s Beach to the descendants of Charles and Willa Bruce. Charles and Willa Bruce purchased the beachfront property in Manhattan Beach, California in 1912. The area served as not only their home but also as a resort for black citizens that wanted to experience and enjoy vacation and life on the beach (many beaches in California did not allow black people at that time). Their property was wrongfully taken from them by laws enacted by Manhattan Beach City Council in 1924 and since that time the family and the descendants of Charles and Willa Bruce fought valiantly to reclaim their land. Kavon Ward and Ashanti Martin, co-founders of “Where Is My Land” became a significant part of the journey to have the land returned to the Bruce Family, and on On September 30th, 2021, California Governor Gavin Newsom put his signature on Senate Bill SB796 which allowed the descendants of Charle and will Bruce to have their land returned back to them from Los Angeles County.

Kavon and Ashanti talked to ESHE about the unknown history of Bruce’s Beach, the tactics used to take the land, the journey of fighting to having the land reclaimed, and how their organization “Where Is My Land” is helping many other citizens across the United States reclaim land that was wrongfully taken from them. 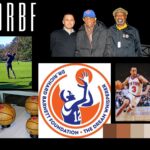 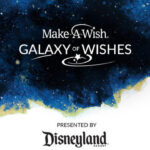