The harmonies and melodies of life and living tell an unscripted story of the human existence. Singer and songwriter Raheem DeVaughn has mastered the art of expressing the foundations of life and love through his music. Nominated for three Grammy awards, DeVaughn is an artist that has used not only his talent but his platform to inspire the world. Since the release of his first studio album The Love Experience in 2005, DeVaughn has made a tremendous impact on the world of music as not only an artist, but also as a businessman, as he has created a blueprint for independent artists to elevate and attain success in their own unique ways. Recently DeVaughn talked to ESHE about his career, his newly released album “The Love Reunion” and The Love Life Foundation.

David Jordan Jr (Editor In Chief): Music life and love. What is the relationship of these three things to each other and how have they enabled you to become the man and artist you are today?

Raheem DeVaughn: Music life and love. It pretty much shaped me. Musically I figured they can say I’ve got great taste in music. Through my musical talents I aspire to inspire people to be great. Through life I think the challenges, the ups and downs, the happiness, love, heartbreak, being a parent, being also a child of parents; all of those things play a factor. Love is like the universal thing for me. It’s a very important frequency. I try to spread love and be positive and act and operate in love as much as possible, on and off of stage. The Love King doesn’t just try to be sexy; I love people. I love everything that comes with love.

David Jordan Jr (Editor In Chief): Your father Abdul Wadud is a musician. What type of influence did his career have on you early in your life and your appreciation for music?

Raheem DeVaughn: Now, more of an influence than it did then. Not because my dad wasn’t great at what he did but I wasn’t into that at that time. I had an opportunity to learn all types of instruments, but I was rebellious and now I pay for it (amidst laughter). I don’t play any instruments. I do look at my voice as an instrument. It’s definitely beneficial. He just came to a show the other night and was able to critique it and tell me some things that I picked up on and things that I  needed to know. He asked me who did the sound and I said the same person that always did it and he said it sounds different. I said that we were playing on one of the best sound systems that you can have on the planet. That makes a difference! We have conversations about different things, and he understands everything that comes with this. He’s been a world traveler in his life as a musician, saw all of these cool places and has been places that I’ve been that only him and I have been. The other night I did a show in Cincinnati, Ohio for the Cincinnati Music Festival. I took the stage with Earth Wind & Fire, Tamia, New Edition/BBD, and Maxwell. I do studio sessions after shows before I leave the city. It was pretty cool because he (my father) came by. By the time he came by the song was done. It was done in about two to three hours. I had a moment where I just wanted to break down for a minute, but not in a bad way. Man, I started crying because it was pretty dope seeing my dad there with me at his age, in the studio with me as a musician, at 1:00 in the morning. I was just very thankful for that moment. A lot of people don’t have their parents; it was like wow, I never thought I would be doing sold-out shows and then going to the studio and my dad being there. He was there the day I recorded “Just Right.” There’s a part of the song in the first verse where I purposely don’t sing the last two lines that I sing on the second verse and I did that because my dad suggested it. He said “you should leave that open there” and I tried it and like the way it felt. It worked and I liked it. Little stuff like that, I appreciate my Dad as a musician now. I took it for granted as a child.

David Jordan Jr (Editor In Chief):  Growing up in Washington D.C. how did the vibe of the city, its musicians and the culture shape your development as a musician?

Raheem DeVaughn: I was a late bloomer. I wasn’t sheltered but my mom kept a tight grip on me, so I didn’t a chance to experience the some of the culture that I would have liked to as a youngin’; like going out to the Go-Go clubs, being out working. I love the vibe; some of that stuff flat out it wasn’t safe. I always kept my ear to it and the first opportunity I got to get out and see the world, I took advantage of it, even locally. It’s been great to me to be able to experience what I have and the culture definitely shaped me. I’m thankful for that. Not just the Go-Go scene. I’m kind of one of the forefathers that created this sense of independence, do it yourself energy along with a brother by the names Wes Felton whom I’m in a group with called The Crossrhodes. We’ve always encouraged artists, always put out your own music. Seeing the wave of artists, mainly hip hop, doing their thing it’s amazing to watch. Rappers, singers, producing, these are like the offspring of a movement we created. They are so talented. They do it all. My guy that did the video, Chris Garner; he’s a full-blown artist, songwriter, everything, but he also does great editing and videos. It’s inspiring to see the new millennials doing their thing from my city. It definitely keeps me on my toes. 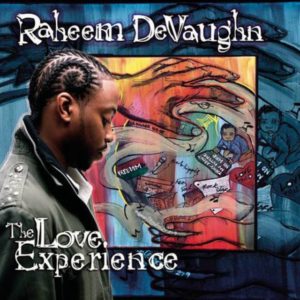 What do you remember most about that in regards to writing, recording, releasing and performing songs from that album?

Raheem DeVaughn: The writing process has always been the same. I never wrote anything down. That was always amazing to producers I was working with at the time. I didn’t realize I was doing something so amazing. I thought my process was like everybody else’s and they were like “Nah you’re do something different, something that people don’t do.” People that got a piece of that at the start of my career were overly supportive. I wouldn’t have it any other way. It’s taken me ten years plus to get to what I know is about to happen. It’s like a changing of the guard. It’s a saying “Be ready when it’s time,” it’s nothing like time to give you the proper preparation. I’ve got my bases loaded now; musically right now I’m unstoppable. I can make the music fast and I can put it out, but more importantly, I feel I have a lot of quality to offer.

David Jordan Jr (Editor In Chief):  So when you’re creating, what inspires you?

Raheem DeVaughn: It’s a number of things. Once you’re in the mindset as a songwriter that anything can be a song, any emotion, any conversation, anything can be a song at any given time, once you come to grips with that you can make anything. Of course there are other elements such as great production, a great engineer and with those things we are on cruise control.

David Jordan Jr (Editor In Chief): Fourteen years later to the date you released ”The Love Reunion” June 28th 2019. It’s an amazing album with great production. What inspired the title and the album artwork?

Raheem DeVaughn: I always have incorporated art into my movement, even if the artist changes, the ART doesn’t because I believe it gives people opportunities.  I’ve been using my platform to be a launching pad for other artists to show their creative juices to contribute to my art. That’s the vibe. I want people to look at these records coming off the shelf, CD, Apple Music or iTunes and I want it to feel like art but when you see the artwork I want it to look like art. It was a Yvette Crocker, JustisDope & Raheem DeVaughn Collaboration for the design of the latest two albums, “The Love Reunion” and “Decade Of A Love King.” 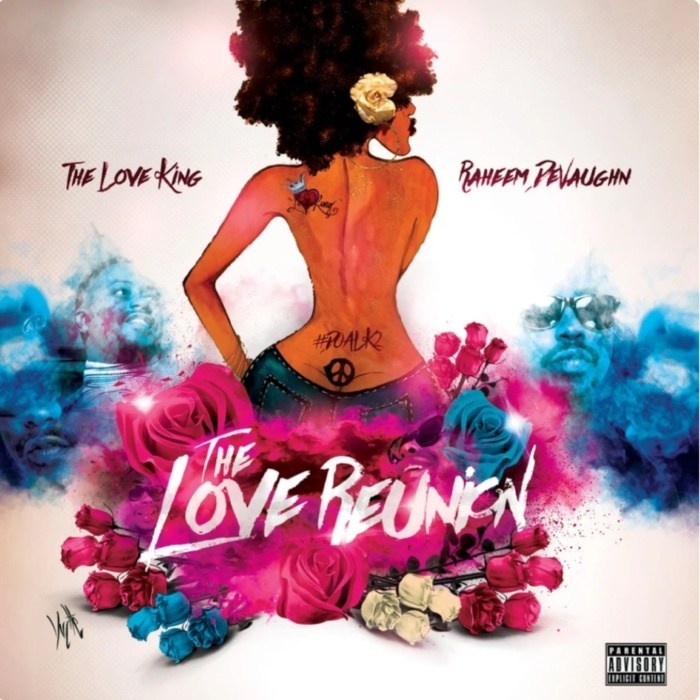 David Jordan Jr (Editor In Chief): You have a genuine and authentic relationship with all of your fans. In person or on social media you make it a point to interact with your fans. What makes meeting and talking to your fans so special to you?

Raheem DeVaughn: My fans keep me going. They let me know that it’s not in vain. They’ve always been there, always been a part of the process. I’ve always acknowledged them from day one. It’s been 20 years. It’s some people that have been coming to shows before the world knew my name, when I was a part of obscure little groups. To me it wasn’t rocket science. You take it to the people, they’re going to be with you. Staying true to the authenticity of it. I’ll go to war for them because they will go to war for me. I don’t know how to explain it, but I’m thankful for it.

David Jordan Jr (Editor In Chief): The Love Life Foundation is a foundation that is not only important to you but also to the Washington community. What inspired this foundation and how has it impacted the community?

Raheem DeVaughn: Caring about people. It was sparked by things I saw growing up, and foundations I supported before I started my foundation, one thing in particular domestic violence. 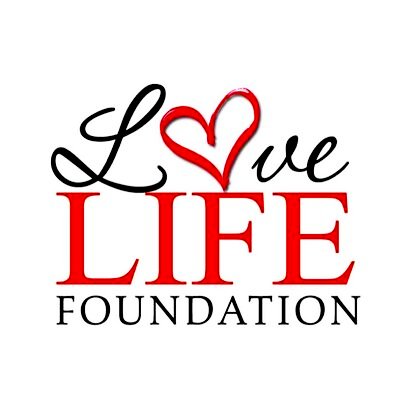 When I started my foundation, Bowie, Maryland was number one in domestic violence calls, an area that is right in my backyard. There’s some horrifying stories of women who had been set on fire, whom I had met personally years ago. When you collect all this data and you’re in the business of problem-solving, that’s where it started. We fight domestic violence, we advocate about HIV/Aids constantly, and displaced people. A lot of times people don’t realize that when a woman leaves a situation with her children in the middle of the night and they have nowhere to go, they are homeless. We have scholarship funds for students in college (The Textbook Scholarship Fund) where we pay for the books and supplies for kids their first year of college. This year we paid for six kids.

David Jordan Jr (Editor In Chief): How can people support the foundation in its purpose, mission, and goals?

Raheem DeVaughn: By making donations or from companies looking to donate, donating time, we put it back into the community. The website is www.LoveLifeFoundationdmv.org

David Jordan Jr (Editor In Chief): You’re The Love King. What is one gem you can drop for both men and women to know and to remember when it comes to love?

Raheem DeVaughn: Love yourself. So often we spend so much energy seeking love and acknowledgment from others when it comes to matters of the heart and people to boost our egos that we don’t realize that we have to love ourselves.

The Negro Leagues | A Photo Essay 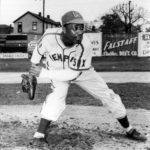 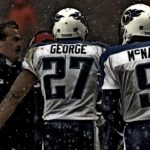