August 25, 2021 marks the twentieth year since the passing of Aaliyah Dana Haughton. Dying in a plane crash at the young age of twenty-two years old, Aaliyah was just beginning to scratch the surface of displaying her multiple talents as an artist and an actress.  Beautiful looks, an angelic, chill voice and a unique swagger defined Aaliyah. Aaliyah had released three albums prior to her death and had appeared on various other artists’ songs and albums in addition to movie soundtracks. Her impact upon culture and young women at that time was immeasurable. Aaliyah’s varied styles of fashion from classy sheek to sexy tomboy enabled her to connect with fans all over the world. Her talents as a dancer coupled with her vocal abilities enabled her to be a true performer, one that inspired many female artists that came along in the music industry after her passing. Twenty years after her passing her impact as an artist is still being felt as many artists have sampled her voice and included her in their songs and albums posthumously. The time which Aaliyah graced this earth was something that words could not truly explain two decades later; her own words could help you in understanding who she was and her connection with her fans. Check out the gallery of photos, music videos and interviews with Aaliyah. 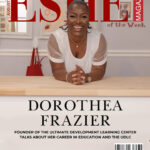 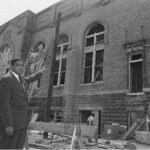