The 2022 Harold And Carole Pump Foundation Gala was held this past weekend in Beverly Hills, California. Taking place at The Beverly Hilton, the night would present the perfect mix of legends from from the worlds of sports and entertainment. The gala, named after the parents of David and Dana Pump raises proceeds to spread awareness about the various forms of cancer and to be a seed in finding a cure for the disease. Hosted by Grammy and Oscar award winner Jamie Foxx, the night celebrated the achievements of the legends in attendance and also delivered much hope to those that fight the daily battle of living with cancer. The honorees for this year’s event were Oscar De La Hoya, Ray Lewis, Ozzie Smith, Ken Goldin and Steve Madison. As each award winner was recognized, there was also an auction which took place at the dinner with a plethora of unique art pieces, signed collectibles and rare pieces of history available for the attendees to bid on and win. Award winner Ray Lewis moved those in attendance with his acceptance speech by not only acknowledging his journey but the journey of those that fight cancer and those that seek to win the battles one may encounter in life each day.

A night of inspiration and progression, the 2022 Harold And Carole Pump Foundation Gala brightened the continuous path for the awareness about cancer worldwide. Check out the visuals from event below. 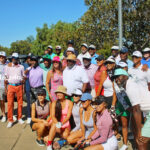 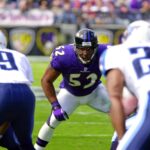